Hurdles and Measures: Counterfeiting and Piracy in pharmaceutical 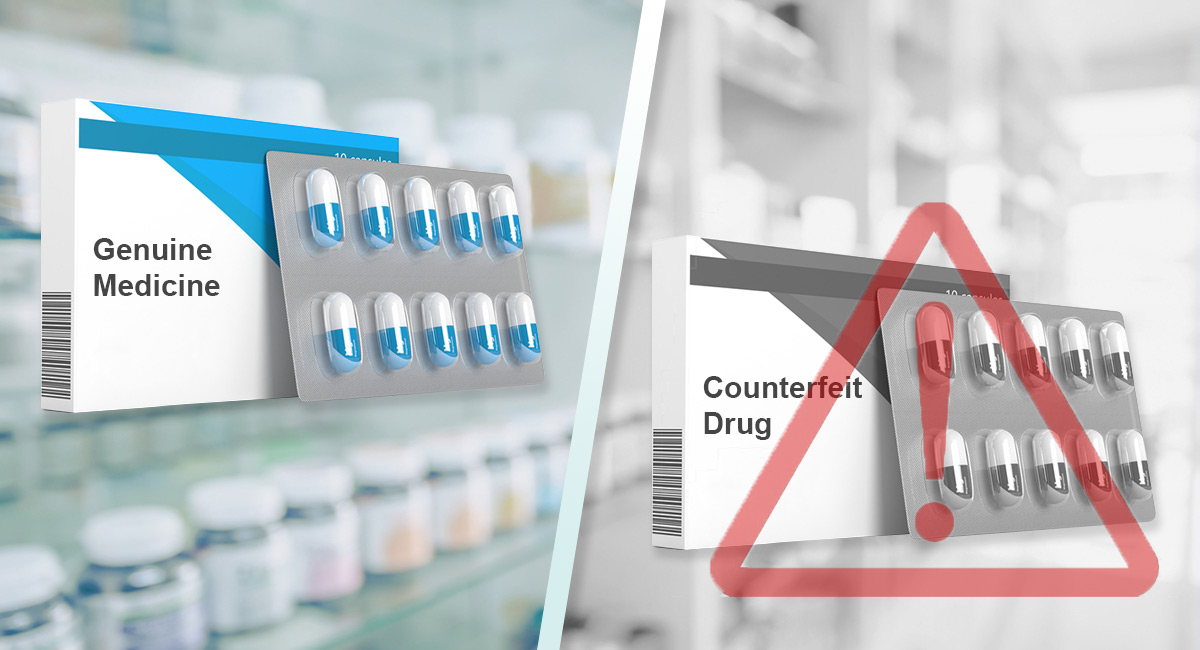 Some counterfeit pharmaceutical drugs may even be incorrectly formulated and produced in substandard conditions.

Counterfeiting and Piracy can apply to both branded pharmaceuticals and their less expensive generic counterparts. Generic drugs are sometimes confused with counterfeit medications, which may obstacle the widespread use and acceptance of generic medications. And this creates challenges for the pharmaceutical industry. The medicines approved by the FDA are the safest in the World, and there are branded and generic medicines in the market approved by the FDA. These malpractices are rising day by day; imagine the scenario in which a patient takes medication for a life-threatening illness, only to become aware later that the doses contained no APIs. It is estimated that this misfortune has occurred with thousands of people worldwide and continues to happen. The growing issue of counterfeit medications is a concern for the patient and pharmacists, and pharmaceutical companies.
As per the World Health Organization (WHO), 10% of global pharmaceutical commerce, or $21 billion worth, involves counterfeit drugs.

As per the US Pharmacist, the increasing access to the internet and new methods of manufacturing and distributing illegal pharmaceuticals have created new challenges to safeguarding the legitimate pharmaceutical supply chain. A large number of websites quickly sell unapproved and counterfeit drugs and prescription drugs without requiring a valid prescription, all in violation of federal and state laws. As a result of such damaging effects, counterfeit drugs may decline public confidence in healthcare systems, professionals, the suppliers and sellers of genuine drugs, the pharmaceutical industry, and national drug regulatory authorities.

Examples related to counterfeiting and piracy of drugs

There are live examples of counterfeiting and piracy in India, as per news published on 18th February, 2022 in national and international newspapers like Hindustan Times, Indian Express, Eastern Eye, etc. that the four Indian markets, along with the e-commerce website IndiaMart ranked in the latest annual list of the World’s notorious markets released by the US Trade Representative. The 2021 Notorious Markets List identified 42 online and 35 physical markets worldwide that are reported to engage in or facilitate substantial trademark counterfeiting or copyright piracy.

The USTR report said IndiaMART, an e-commerce website and mobile app that connects buyers with suppliers, describes itself as the World’s second-largest online business-to-business market. Counterfeit products can allegedly be found in large volumes on IndiaMART, including counterfeit pharmaceuticals, electronics, and apparel.

Counterfeit medications may affect a patient’s health status. The use of substandard drugs may result in adverse reactions, treatment failure, resistance, toxicity, and even death. Awareness and education among the Pharmaceutical companies, healthcare professionals, pharmacists, and patients about counterfeit medications and the laws being enforced to prevent this crime.