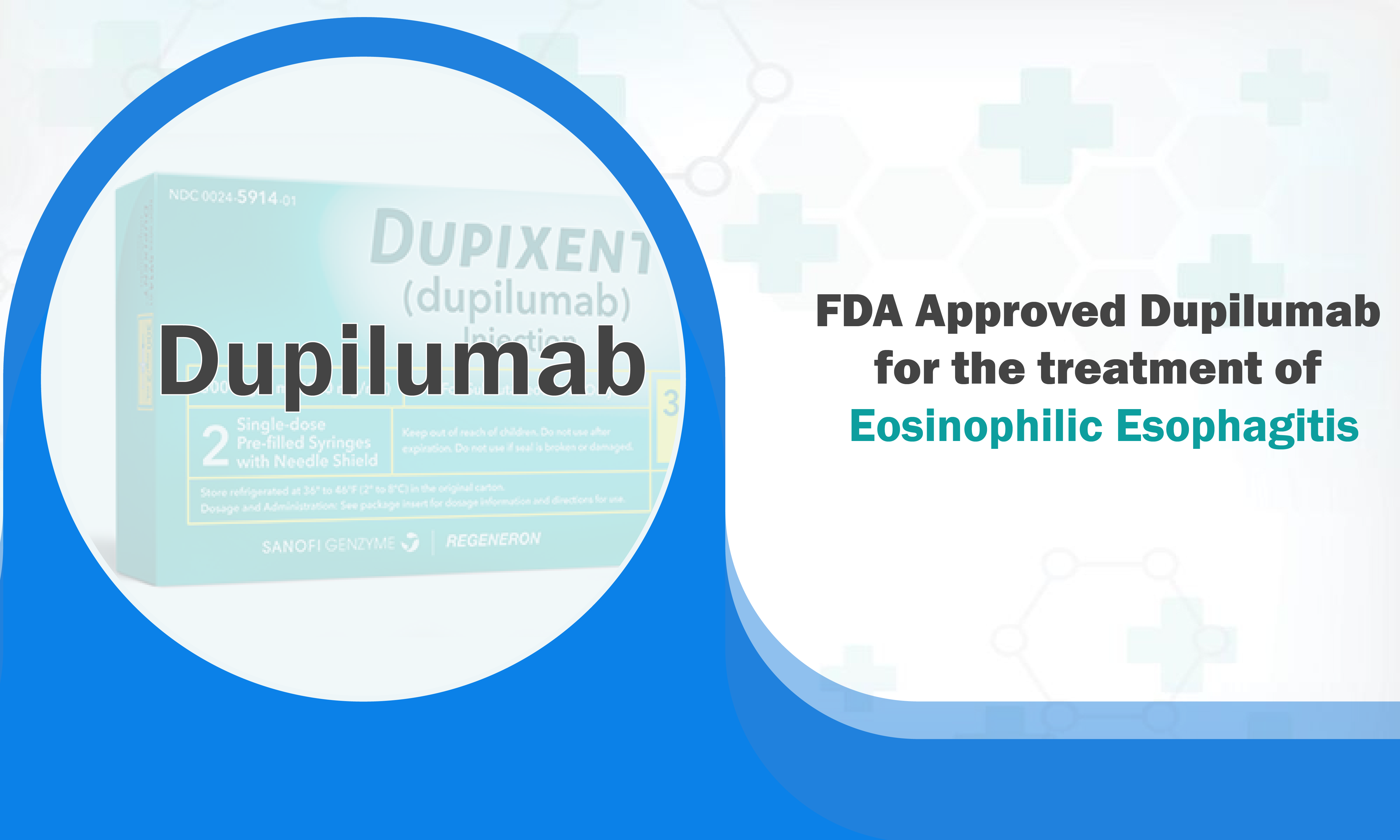 On May 20, 2022, the US Food and Drug Administration (FDA) approved dupilumab (Dupixent) to treat eosinophilic esophagitis (EoE) in patients aged 12 years and older weighing at least 40 kilograms (around 88 pounds). This is the first-ever medication, which has been approved by the FDA for Eosinophilic Esophagitis.

Dupilumab (Dupixent) typically is a monoclonal antibody, designed to inhibit part of the inflammatory pathway.

The approval of dupilumab (Dupixent) was largely based on outcomes from a phase-III trial that included two 24-week treatment periods (Part A and Part B) that were carried out independently in separate groups of patients. In Part A and B, patients received either placebo or dupilumab 300 mg every week. The primary endpoint(s) were the proportion of patients who achieved the peak esophageal intraepithelial eosinophil count of ≤6 eosinophils per high-power field (eos/hpf) at week 24, and the change in the patient-reported Dysphagia Symptom Questionnaire (DSQ) score from baseline to week 24.

Dupixent (Dupilumab) was originally approved in the year of 2017. It is approved for moderate-to-severe atopic dermatitis in adults and pediatric patients aged six years and older whose disease is not adequately managed by topical prescription therapies or when those therapies are not advisable.