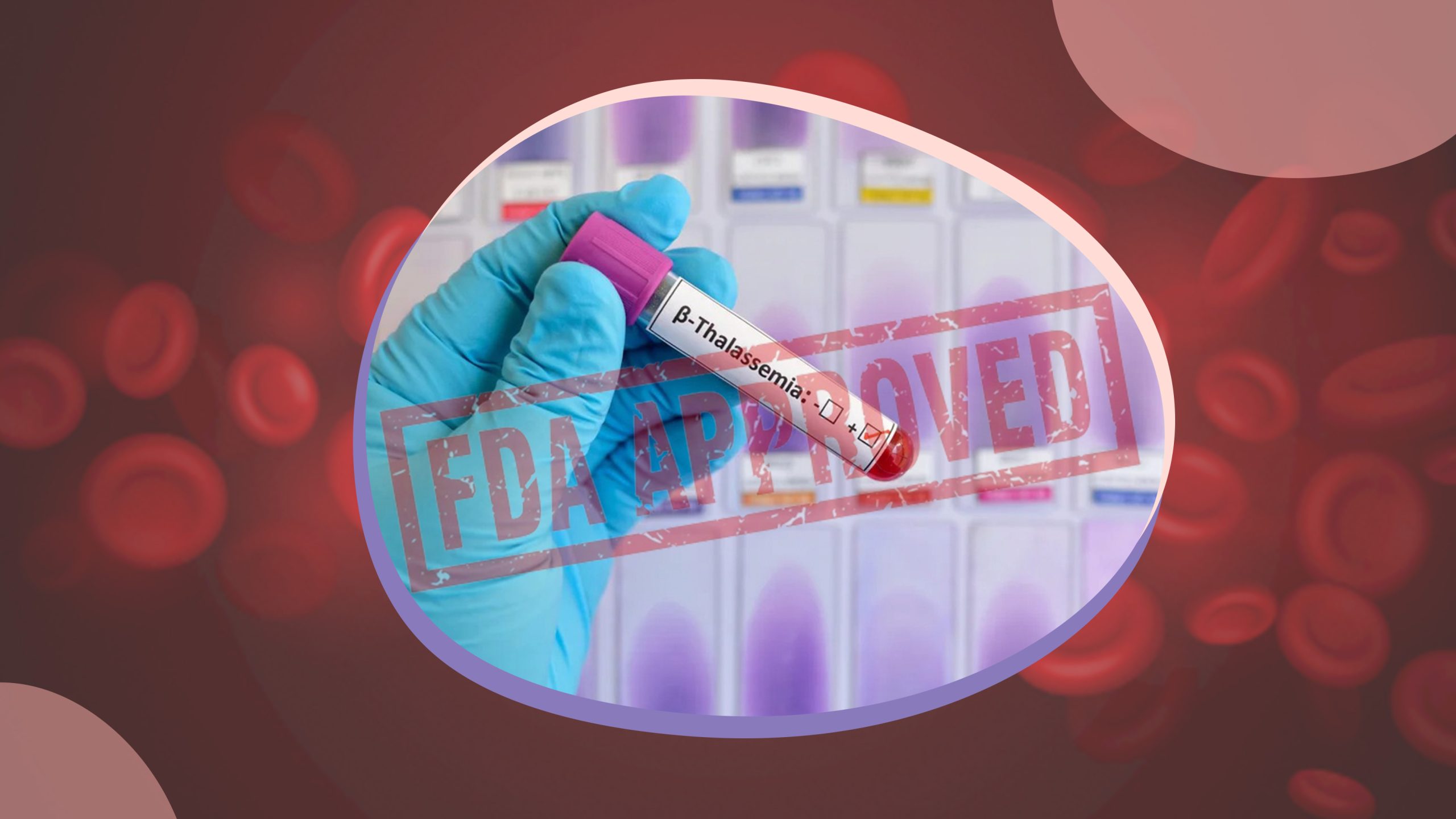 The FDA approved the first cell-based therapy on 17 August 22 for the treatment of adult and pediatric patients with beta-thalassemia who require regular red blood cell transfusions.

Beta-thalassemia is a kind of inherited blood disorder that causes a reduction of normal hemoglobin and red blood cells (RBCs) in the blood through mutations in the beta-globin subunit, resulting in insufficient delivery of oxygen to the body. The decreased levels of red blood cells can lead to several health problems such as dizziness, weakness, fatigue, bone abnormalities, and more severe complications.

The common side-effects of Zynteglo are:

There is a potential risk of blood cancer related to this treatment; however, no cases have been seen in the studies of Zynteglo. One should monitor the blood of patients who receive Zynteglo for at least 15 years for any evidence of cancer. Patients should also be monitored for hypersensitivity reactions during Zynteglo administration, thrombocytopenia, and bleeding.