Monkeypox clusters emergence in Europe and reach in North; worry for India? 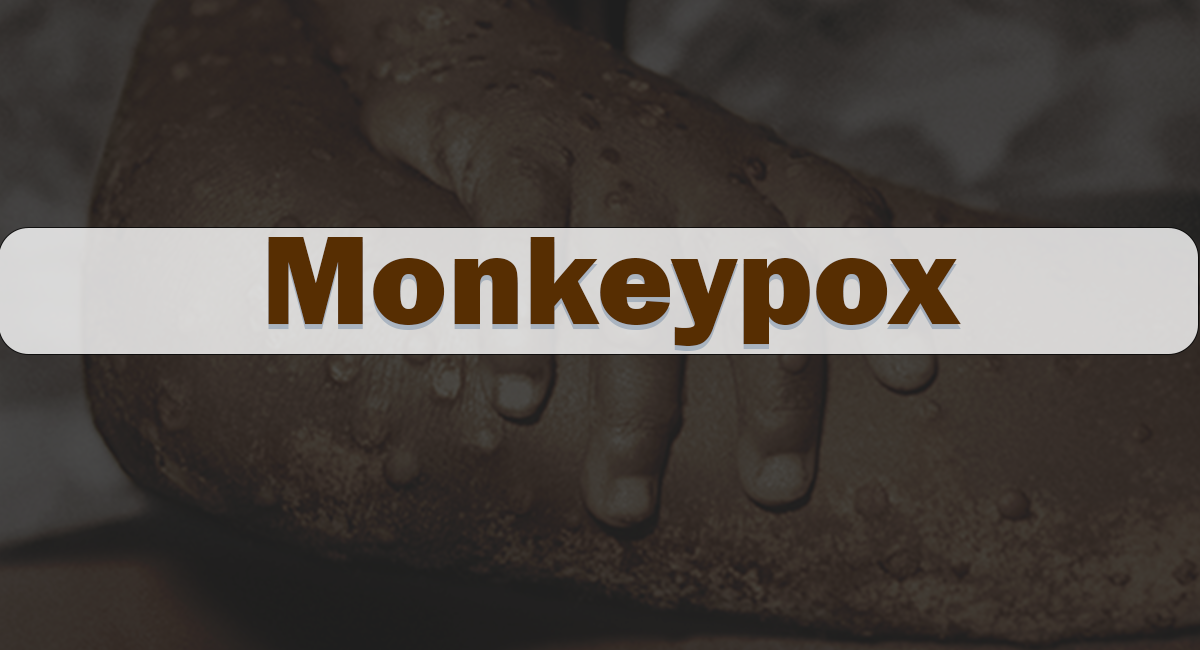 Monkeypox, a rare viral zoonosis (a virus transmitted to humans from animals) disease primarily associated with the tropical rainforests of Central and West Africa, is hitting widely on television and in newspapers after cases were discovered in Europe and in the US.

A total of 75 monkeypox virus cases; 33 confirmed and 42 suspected; have been reported across 7 countries outside Africa. Specialists downplay concerns of a wider spread because the cases of monkeypox virus seem to have been imported and the clusters are limited.

So far, no case of monkeypox has been detected in India, where any active surveillance attempt has not been mounted yet against the disease monkeypox.

In order to diagnose the disease, the Polymerase Chain Reaction (PCR) test is required. But the concerning thing is that the PCR test is not broadly exist in India, and there is not much awareness about the specific signs/symptoms and illness of this disease amongst the population.

Monkeypox is a potentially serious double-stranded DNA, zoonotic virus disease caused by the monkeypox virus, a member of the orthopoxvirus genus, which usually starts with a flu-like signs/symptomps and swollen lymph nodes and headway to a widespread rash on the face and body.

The clinical manifestation of this rare disease is identical to that of smallpox, a related orthopoxvirus infection proclaimed eradicated worldwide in the year of 1980.

According to the Dr. Trupti Gilada, an infectious disease expert at Masina Hospital in Mumbai, stated that there are a couple of variants of monkeypox virus; the Congo strain that has a death rate of 10 % and a relatively milder West African strain with a death rate of 1 %. Typically, the maximum deaths occur in the younger individuals. The UK has confirmed that cases detected in the country are of the West African strain.

Within 1-3 days (sometimes longer) after the occurence of fever, the patient develops a rash, often beginning on the face then spreading to other portions of the body.

Lesions typically progress through the various stages prior to falling off:

The illness Monkeypox typically lasts for 2 to 4 weeks. In Africa, it has been shown to be responsible for causing death in as many as one in ten individuals who contract the disease.

When and where was Monkeypox detected first? Where have cases been reported subsequently:

According to the WHO, Monkeypox was first detected in the Democratic Republic of the Congo, formerly Zaire, in a region where smallpox had been eliminated in the year of 1968. Since 1970, human cases of monkeypox have been reported from 11 African countries, but in the year of 2017 Nigeria faced the largest documented outbreak, 40 years after the last confirmed case.

As per WHO, the virus has been exported from Africa a few times and in 2003, monkeypox cases were confirmed in the US, where most patients were reported to have had close contact with pet prairie dogs infected by African rodents that had been imported from Ghana.

In the current outbreak, cases of Monkeypox have been reported from the UK, Spain and Portugal; largely among homosexual men; while a most recent case has also been confirmed in the US, a person who recently travelled from Canada. On 19’th May, New York announced another suspected case of monkeypox.

How can Individuals catch Monkeypox: Monkeypox is a zoonosis. Typically, individuals catch it from animals in West or Central Africa. Transmission of virus occurs when an individual comes into contact with the virus from a human, animal or materials contaminated with the virus. Monkeypox virus generally enters the individuals body through broken skin (even in case not visible), respiratory tract, or the mucous membranes (mouth, nose, or eyes).

Human-to-human transmission is expected to emerge primarily through wide respiratory droplets. Respiratory droplets normally cannot travel more than a few feet, so prolonged face-to-face contact is needed. Other ways of human-to-human transmission include direct contact with body fluids or lesion material, and indirect contact with lesion material, such as through contaminated linens or clothing.

The main disease carrier or reservoir host of monkeypox is still unspecified although African rodents are suspected to play a part in transmission. The virus that is specifically responsible for causing monkeypox has only been isolated twice from an animal in nature.

Treatment and Prevention Options: Monkeypox is usually a self-limited disease and the severe cases emerge more commonly among children and are associated with the extent of the exposure of virus, the overall health of the patient and the nature of complications.

The complications of monkeypox can include secondary infections, sepsis, encephalitis, bronchopneumonia, and infection of the cornea with ensuing loss of vision.

According to the World Health Organization, there is no specific treatment for the monkeypox but symptomatic treatment may work. As per Experts, for purposes of controlling disease outbreak, smallpox vaccine, antivirals, and vaccinia immune globulin (VIG) can be considered, but smallpox vaccine is now not used in most countries because smallpox disease has been eradicated long ago.

For prevention, the US Centers for Disease Control, in an advisory issued on May 18, said that individuals who may have signs/symptoms of monkeypox, mainy male who have had sex with other male, and those who have close contact with them, should take note of any unusual lesions or rashes and contact a health specialist for a risk assessment.

Will Monkeypox be the next Pandemic?

Specialists believe the probability for this to turn into a pandemic is less. But what is bizarre is that the cases of Monkeypox have not been traced to a similar source or contacts and therefore another method of transmission like sexual is being considered as well.

Should India Worry About Monkeypox?

According to medical experts, spreading awareness of risk factors and educating people about the measures they can consider in order to reduce the exposure to the virus should be the foremost prevention strategy for disease.

Virologist Dr Shahid Jameel, a fellow at the GTC, University of Oxford said that, “It’s not a concerning subject, at least not about those discovered cases which are imported. India often has freely roaming monkeys in every town, but, yes, awareness is required,” uttered

As per Clinicians and Public Health Experts, the cases of Monkeypox reported so far seem travel-related as well as non-severe. Our community needs to be more aware of how these cases of Monkeypox disease are connected, and whether they have certain other additional risk factors such as immunosuppressive conditions.

Given that the Monkeypox has already spread beyond continents, India needs to be absolutely watchful, uttered Gilada. “Viral diseases most often are quick to spread in the present era of a shrinking globe,” she said.