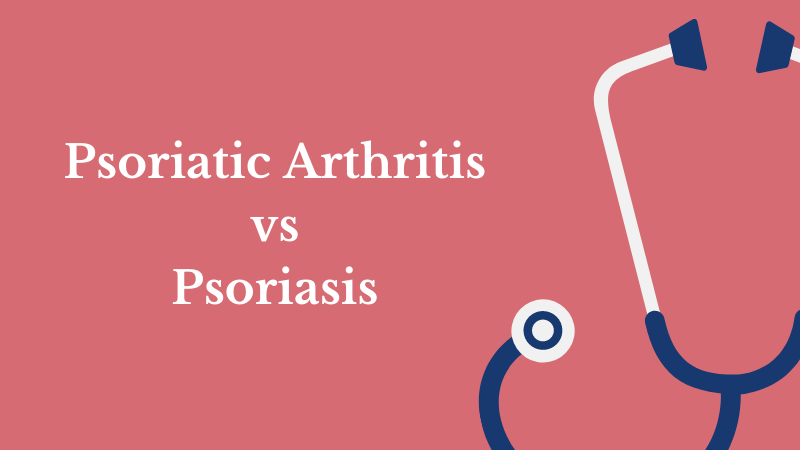 What is Psoriatic Arthritis?

This condition is mostly associated with joint inflammation that can also occur in combination with a skin disorder called Psoriasis. It can be difficult to distinguish this from other forms of arthritis because the symptoms are mostly the same. Maximum patients with this chronic inflammatory condition develop skin problems (Psoriasis) first. It can be categorized into the following:

Although there is no specific cause that can lead to this condition, changes in several genes can increase the risk. Not only this, but there are other genetic as well as environmental factors that may contribute to the cause of this.

It is a chronic skin disease characterized by red, itchy scaly patches, mostly on the knees, elbows, and trunk. It usually flares for weeks, often months, and gets suppressed for a certain period randomly. Till now, no specific cure has been discovered to treat these conditions permanently. However, there is a treatment that can help your body to cope with the symptoms.

It is caused due to an immune system failure, which increases the normal regeneration rate of the skin. However, researches have yet not figured out the exact reason that leads to this. There may be certain environmental or genetic factors involved.

Difference between Psoriasis and Psoriatic Arthritis

In both cases, no connection has been established between the locations of joints that are affected. For instance, one can have scaly patches on the elbow but no inflammation or swelling. On the other hand, one can have swollen knees or toes without having any skin disorder in those areas.

Similarities between Psoriatic Arthritis and Psoriasis

Even though they are independent diseases, there are striking similarities between the two. Both the conditions are related, but it is not certain that a patient suffering from Psoriasis will develop Psoriatic arthritis. Acute inflammation is a common factor in both diseases. In both cases, the immune system attacks the body to cause this. Just like Psoriasis, the symptoms are not consistent. They can stay for months and then disappear only to come back after some time. Genetic factors, as well as environmental conditions, are responsible for both.

MEDICATION USED FOR TREATING BOTH PSORIATIC ARTHRITIS AND PSORIASIS

Although there is no permanent solution to these conditions, there are certain medicines that can help you to deal with the symptoms. Apremilast is one such drug that is taken orally with or without food. It is usually started on a low dosage of 10 mg to see if the body is responding to it properly. Another kinase inhibitor named Tofacitinib is preferred by doctors to treat conditions where the body has not responded adequately to previous treatments. For treating moderate to severe Plaque Psoriasis, Etanercept is recommended by doctors. The usual dose is 25mg or 50mg twice a week, to which a number of patients have responded well. Tacrolimus is used to deal with Plaque Psoriasis, Inverse Psoriasis as well as refractory Psoriatic arthritis. It can be prescribed alone or in combination with other drugs.

The medicines must be consumed according to the directions of your physician. The specific dose mentioned on the prescription can be altered with time, depending on how the body adjusts with it. With proper treatment and a healthy lifestyle, one can undoubtedly deal with the conditions efficiently.

Disclaimer: The above-mentioned article solely for information purpose. We don’t intend on claiming the effectiveness of the medications.