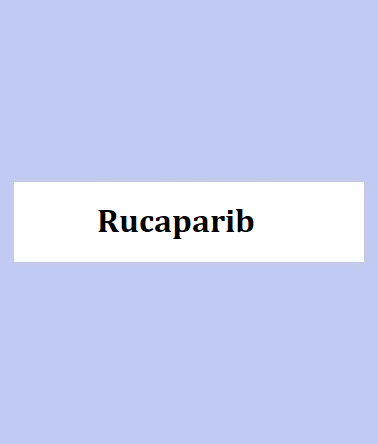 What is Rucaparib and what it is used for:

Rucaparib is a PARP inhibitor used as an anti cancer agent for the treatment of patients with advanced ovarian and prostate cancers.

The recommended dose of Rucaparib is 600 mg (two 300 mg rucaparib tablets) administered orally twice daily either with or without food. Treatment should be continued until disease is progressive or unacceptable toxicity occurs. In case a patient misses a dose of rucaparib, instruct the patient to administer the next rucaparib dose at its scheduled time. The vomited doses of rucaparib should not be replaced.

How Supplied/Storage and Handling:

Care should be exercised in the handling of Rucaparib. Tablets should not be opened or broken. Store Rubraca tablets at room temperature between 68°F-77°F (20°C to 25°C).

The innovator/manufacturer decides the cost of Rucaparib medicine. It has no authority to be marketed in India yet. Still, Ikris Pharma Network can help the patients access this medicine under its Named patient import programme (a programme under which an organization allows you to access the medication on a patient’s name legally in your country). The named patient import programme acts as a bridge between patients and manufacturers to access the medicine from any part of the world to India.

The recommended dose of rucaparib tablets should be administered orally twice daily with or without food.

All Trademarks and Brands that appear on the website belong to their respective owners and Ikris Pharma Network does not lay and claim on them we only provide Information. Rucaparib Tablets is a pharmaceutical drug that legally requires a medical prescription to be dispensed.